On Tuesday, the Apex Court refused to order the transfer of money collected by the PM Cares Fund to the National Disaster Relief Fund, rejecting a plea by NGO Centre for PIL that sought this.

The Court’s decision was welcomed by the Govt & the Bharatiya Janata Party & criticised by the Congress, which has repeatedly raised the same issues the petition did: that the fund isn’t transparent, & that there was no need for a PM Cares fund when NDRF already exists.

A 3-Judge bench headed by Justice Ashok Bhushan held that the establishment of PM Cares Fund was necessitated by the emergent situation borne out of Coronavirus & requirement of financial resources to deal with the pandemic, & that the Court can’t object to the same.

“It is not open for the petitioner to question the wisdom to create PM Cares fund which was constituted with an objective to extend assistance in the wake of a public health emergency. At this hour no exception can be taken to the constitution of a public charitable trust, namely, PM Cares Fund ,” the bench which also comprised Justice R Subhash Reddy & Justice MR Shah ruled.

The Top Court said that the PM Cares Fund set up by the Central Govt in March in the wake of Coronavirus pandemic is a public charitable trust & a voluntary fund to which any individual or institution can make contributions, & since it does not receive budgetary support, it cannot be equated with a statutory fund like NDRF.

The Bench said that “The contribution by any person or by any institution in PM Cares Fund is voluntary . The funds collected in the PM Cares Fund are funds of a public charitable trust & there is no occasion for issuing any direction to transfer the said funds to the NDRF”.

In a press briefing after the verdict, Union law minister Ravi Shankar Prasad said, “Transparency is writ large in PM-Cares Fund, both in terms of legal requirement & transparent management of funds received on a voluntary basis.” He added that the fund has been targeted in court unnecessarily.

The Congress described the verdict as a bodyblow to transparency. The party’s chief spokesperson Randeep Surjewala said that the court has “passed up an opportunity to demand answers” about a fund that plays by “its own opaque & murky rules.” Congress leader Rahul Gandhi has repeatedly spoken about the issues with the fund & both Prasad & BJP President JP Nadda targeted him in their responses. Nadda said the verdict was a blow to Gandhi’s “nefarious design.” Prasad said the fund was transparent, unlike the ‘Rajiv Gandhi Foundation” .

Read also :Why Not Enact A Law To Bar Criminals In Elections, Asks High Court

The Court said that existence of PM Cares Fund does not prohibit contributions to be made to NDRF & it is up to the concerned person or institution to decide whether to make a contribution to NDRF or PM Cares.

The SC also made it clear that since PM Cares is a voluntary fund which does not receive government support, there is no occasion for PM Cares to be audited by the Comptroller & Auditor General of India (CAG) unlike NDRF, which is a statutory fund, for which the law (DM Act) specifically provides for an audit.

Further, the Court also turned down a prayer seeking formulation of a national plan to specifically combat Covid-19 stating that the existing plan formulated in November 2019 under the DM Act is sufficient to deal with the pandemic.

Read also : Only A Few Have Access To Justice Delivery Institutions: Chief Justice

The petitioner, CPIL, claimed that PM Cares Fund was set up in violation of the legal mandate under the DM (Disaster Management) Act as per which any grant made by any person or institution for the purpose of disaster management should be compulsorily credited to NDRF.

“Unfortunate that the SC allows the non-transparent & unaccountable PM Cares Fund set up as a secret trust to garner money in the name of Covid relief, rather than transferring such funds to the Statutory NDRF which is accessible under RTI & audited by CAG,” CPIL lawyer, advocate Prashant Bhushan tweeted after the verdict was pronounced.

“Now that the Supreme Court has adjudicated on the matter, we hope that the attack on the PM Cares Fund ends conclusively,” BJP spokesperson & Supreme Court Lawyer, Nalin Kohli said.

Senior LAwyer Dushyant Dave, who represented the petitioner, expressed his “deep disappointment” over the verdict but declined to comment further.

The PM Cares Fund was set up by the Central Govt on March 28 as a public charitable trust with the primary objective of dealing with any kind of emergency or distress situation such as that posed by Covid-19 pandemic. It is not clear how much money it has raised. Prasad said around ₹3100 crore has been spent, though — “Rs 2000 crore towards ventilators, ₹1000 crore towards migrants, & ₹100 crore towards vaccine development.”

“Even though there is a provision for NDRF under Section 46 of the Disaster Management Act, the central government has come up with a PM Cares Fund. All the contributions being made by individuals & institutions in relation to Covid-19 crisis are being credited into the PM Cares Fund & not to the NDRF, in clear violation of Section 46 of the DM Act,” the petitioner had submitted in its plea.

Read also : SC To Examine When Corruption Allegations Against Judiciary Can Be Made Public

In its affidavit before the top Court in July 8, the Centre had rebutted this argument by stating that PM Cares is a fund established to carry out relief work & several such funds have been established on similar lines in the past.

The affidavit said that “Mere existence of a statutory fund (NDRF) would not prohibit creation of a different fund like PM Cares Fund which provides for voluntary donations”.

This argument found acceptance in the Judgment of the Supreme Court .

The SC held, “It is neither for petitioner to claim that any financial assistance be made from particular fund nor this Court to sit in judgment over the financial decisions of the Central Govt”.

During the hearing before the Supreme Court, the Govt, through solicitor general Tushar Mehta, had defended the PM Cares fund saying that it was not intended to circumvent the NDRF. 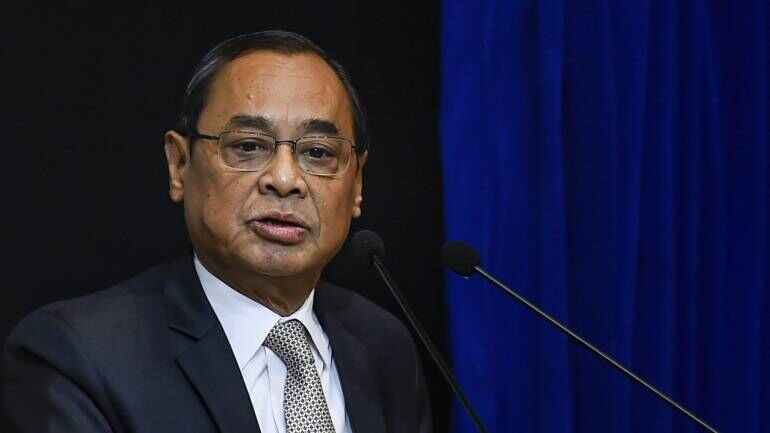 Former CJI Ranjan Gogoi: Why I accepted this Nomination