The Aurangabad bench of the High Court of Bombay recently directed the Latur district collector to spend the ₹1.5 lakh fine deposited by a couple for the treatment of Coronavirus patients. The couple was asked to pay the fine after the 2 were found guilty of forging dates on the birth certificates of their children as they were contesting local body elections. The Court had observed that as the couple had shown scant regard for the law & had manipulated not only the certificates but also officials, they did not deserve to be pardoned & should deposit the fine amount with the Court which would then be given to the district collector.

A Single-Judge bench of Justice Ravindra V Ghuge, while hearing the application of the couple through Lawyer Suresh P Pandav, was informed that the couple was asked to pay the fine in March. However, in view of Coronavirus pandemic & the ensuing lockdown, they couldn’t undertake inter-district travel & were unable to arrange & deposit the amount.

In its earlier order, the Court had ordered the disqualification of the couple from contesting any election for having more than 2 children after the cut-off date.

Additional Divisional Commissioner disqualified the woman petitioner from her duty after the authority concluded that records of the two biological children (twins) born to the couple have been suppressed by the couple. As per a judgement of the full bench of the HC, the maximum number of children to be eligible for contesting zilla parishad & panchayat samiti polls was 2 & the cut-off for having more children was Sept 12, 2000.

When the previous case against the couple had been heard in March, the single bench of Justice Mangesh Patil had noted that the woman’s husband had approached the registrar of birth to obtain 5 birth certificates on a single day & it was ‘apparent’ that manipulations were done by him. While the first three children were shown born with a gap of two years each in 1994, 1996 & 1998, the twins were shown to be born in Dec 2000 instead of their actual birth date of June 24, 2006.

In light of the above, the Court had refused the pardon request of the couple. “There appears to be mens rea (criminal intent) & a systematic planning in what has been done. It would be a mockery of law & justice to pardon such litigants, who have not only abused the process of law, but have shown scant respect for the majesty of law & have manipulated even government officials.”

After observing that the twins were born to the couple in 2006, the Court had disqualified the couple from contesting elections. The Court also initiated criminal action against the couple & disciplinary action against the official who issued 5 birth certificates to petitioner’s husband & had directed the couple to pay a fine of ₹1 lakh with an additional fine of ₹50,000 for disobedience of Court directions.

In the present hearing, the couple submitted that the demand draft for the fine amount was ready & they were willing to deposit it with the High Court registry. However, Govt lawyer RB Bagul opposed the application contending that the intention of the application was to not obey the earlier Court order & hence action should be initiated against the Couple.

After hearing the submissions, Justice Ghuge allowed the application & directed them to submit the demand draft to the Court registry as expeditiously as possible & directed the registrar to transfer the whole amount to Latur district collector. The district collector has been directed to utilise the same for the treatment of COVID-19 patients & disposed of the plea. 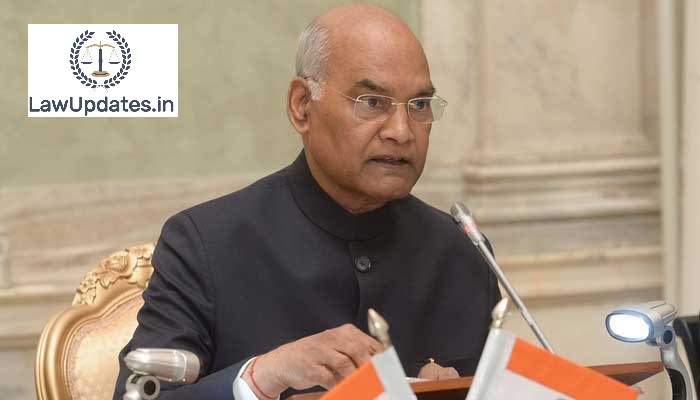