The Supreme Court on Tuesday refused to stay the Delhi high court decision of May 31 which allowed the Central Vista project work in the national capital to go on. The high court had dismissed a Public Interest Litigation (PIL) that sought stoppage of construction activity, terming it “motivated”.


The Delhi high court had even imposed ₹1 lakh cost on the petitioners Anya Malhotra and historian Sohail Hashmi. It said the project was of national importance.


The Supreme Court said that the high court was right in concluding that the petitioners were selective in choosing the Central Vista project alone and did not research about such similar public projects where construction was ongoing.

The three-judge bench of the top court led by Justice AM Khanwilkar further stated that the petitioner should not have pursued the PIL before the high court further.

“Genuine PILs have done wonders, but questionable PILs have caused problems. PILs have their own sanctity,” the top court said.


The Centre had told the Delhi high court that the workers staying at the site of the construction have been given all the facilities and Covid-19 protocols are being followed.

The Central Vista project envisages constructing a new triangular Parliament House, a new residential complex that will house the Prime Minister and the vice president, as well as several new office buildings and a central secretariat to accommodate ministry offices.

Looking at the traffic increase in the area in the coming years, the project has been conceptualised by putting in enough mitigation efforts to ensure there is no congestion or impact on traffic movement, according to architectural consultant for the project.

The three-kilometre-long Rajpath from Rashtrapati Bhavan to India Gate will also be revamped as part of the Central Vista project. 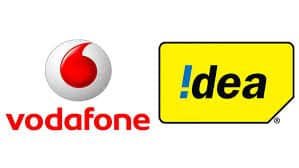