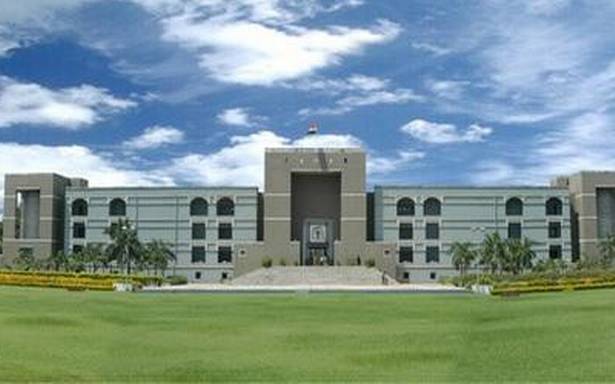 On August 19, the high court had stayed sections 3, 4, 4A to 4C, 5, 6 and 6A of the 2021 amended Act pending further hearing, saying that they “shall not operate merely because a marriage is solemnised by a person of one religion with a person of another religion without force or by allurement or by fraudulent means and such marriages cannot be termed as marriages for the purposes of unlawful conversion”.

The state government approached the division bench of Chief Justice Vikram Nath and Justice Biren Vaishnav on Wedensday, seeking its permission for circulation of the note for rectification of its order regarding section 5 of the amended Act, which has been challenged through two petitions.

Advocate General Kamal Trivedi told the court that section 5 has nothing to do with marriage and it is permission for conversion, which people have been seeking since the last 18 years under the Gujarat Freedom Of Religion Act, 2003.

“My Lords have recorded my argument, I said that per se marriage cannot be prohibited…Section 5 has nothing to do with it…It talks about whoever wants to convert have to take permission, and people have been taking permission since 2003,” he said.

He said that section 5 does not use the word “marriage” and it deals with permission from the District Magistrate for conversion, either before or after marriage, or even in cases without marriage.

“Virtually, section 5 has to stay today, even when conversion is voluntary. If I want to marry a Muslim boy, people are coming forward and taking permission for conversion, before or after marriage, and even without marriage,” he argued.

The court granted permission to hear the case saying that the lawyers for the petitioners should be informed about it.

The petitioners had sought interim relief in as much as the amended section 3 of the 2003 Act prohibits marriage on a presumption that such a marriage is for the purposes of conversion. The concept of marriage has no bearing on conversion, Mr Trivedi had argued.

He had also argued that marriage per se is not prohibited, but a conversion actuated by fraud or allurement or a forcible marriage. He had said that the focal point is conversion by force or a fraudulent marriage or a marriage by allurement. He said the purpose of the Act is to prohibit unlawful conversion.

Section 5 of the law mandates that religious priests must take prior permission from the district magistrate for converting any person from one religion to another. Moreover, the one who got converted also needs to “send an intimation” to the DM in a prescribed form.

The Gujarat Freedom of Religion (Amendment) Act, 2021, which penalises forcible or fraudulent religious conversion through marriage, was notified by the state government on June 15. Similar laws have also been enacted by BJP governments in Madhya Pradesh and Uttar Pradesh.

Last month, the Gujarat chapter of the Jamiat Ulema-e-Hind filed a petition, claiming that some of the amended sections of the state”s new law were unconstitutional.

Kangana Ranaut seeks quashing of FIR for sedition, tells court her tweets did not incite violence